Beirut on its knees!

This morning the ghost town was hidden behind thick clouds, in a vain attempt to prevent the sun from showing the huge wounds unfairly inflicted by a deafening explosion of 2750 tons of nitrate.

This morning I have gone along the avenues of Beirut: fallen buildings, collapsed religious buildings, ravaged schools, damaged shopping malls, broken windows, burnt cars … everything is empty except the rubbish bins which are overflowing along the streets!

The port, the main lung of the country, has gone up in smoke! The Mediterranean sea swallowed tons of ammunitions, of « fireworks», of wheat and people … . Now satisfied it gives back the corpses throwing them on its blackened coast …

Entire neighbourhoods are bereaved and altered: roofless houses, flats without balconies … In the middle of the roads water tanks, parabolic antennas, and billboards stand proud as if they were competing with the shimmering carpet made of windows’ debris! A work of art which only an extremely powerful explosion could achieve! Not a single window hanging, not a storefront intact! Only rubbles everywhere!

The ambulances crisscrossed the city to take the sick as four of our hospitals were badly hit. Many young people were queuing to give blood!

The Lebanese are now afflicted, tormented, bereaved, dismayed … their livid face show it. Strangely the horns fell silent … The few passers-by were dragging their steps, like the prisoners of Mauthausen or Auschwitz. In fact, has not the cedars’ country become a huge concentration camp « of misfortunes », where our executioners calmly wait for our end !?

The police have blocked the main roads of Dora and Achrafie as to make stronger the loneliness of the ghost town!

After two hours I was able to reach our convent at the city centre: the trees in the garden have lowered their branches in sign grief, the crows are hiding among the fallen branches on the floor … Even nature got its portion of devastation!

The beautiful stairs of Saint Anne are now home to parts of the green shutters. The courtyard of honours has become the courtyard of horrors: windows, doors, iron bars, pieces of wooden ceiling … 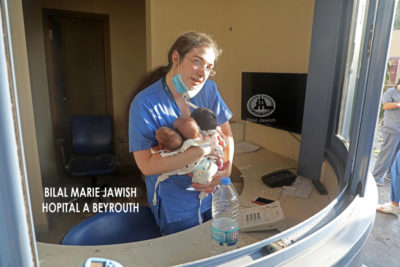 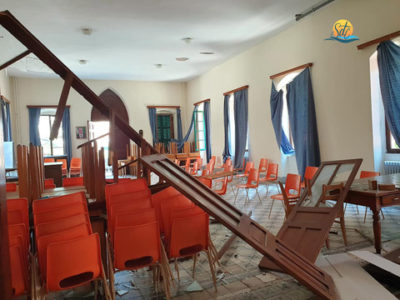 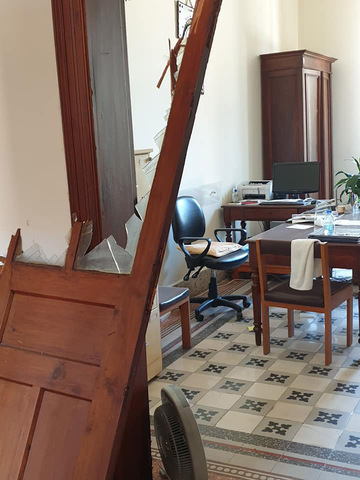 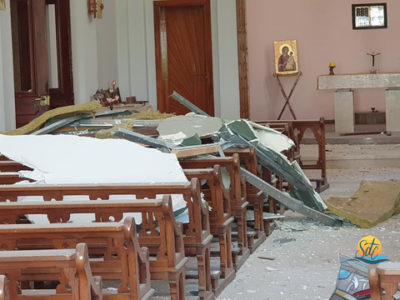 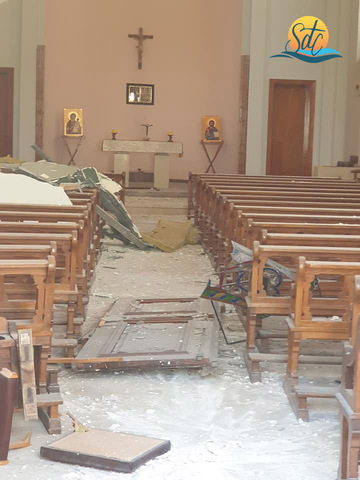 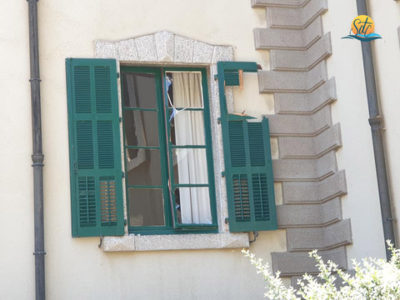 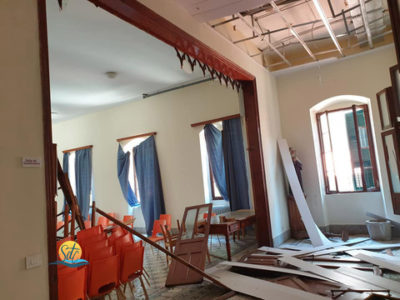 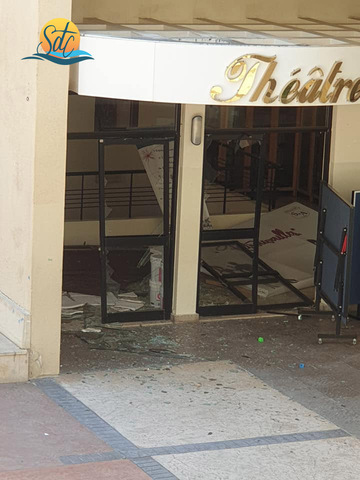