The celebration of the bicentenary of the presence of the Sisters of Charity of St. Jeanne Antide Thouret took place on the 25th November 2018 in the city of Tagliacozzo, province de Aquila, in the Parish Church of St. Cosma and St. Damiano. The sisters wanted to thank the Lord for the long years of service offered in this city which they passionately loved through faith and charism. It was precisely in this Church that Mother Thouret was welcomed on the 15th November in 1818 when, with the approval of the Minister of Internal Affairs of the government of Naples, launched the first educative activity, after Naples, in favour of many local children. Here, the foundress was welcomed with great honours on behalf of the clergy, the authorities, the people who accompanied her with the sisters to the city gate up to the parish church to sing the Te Deum.

Sometime later a request had been presented to integrate in the sisters’ mission even the children of important families. This took place in the educative domain to learn French, music and other female handwork.

As from 1885 the sisters ran the elementary school. Later, having left the ducal premises to start living first in Mastroddi palace and later in Venturini house, the sisters were in charge of the public schools of the Ladies of St. Vincent de Paul, of the sick and the catechesis in the parish churches.

In 1923, having acquired a small villa Paramatti, they welcomed down the years numerous numbers of children. Finally in 1937, after undergoing some refurbishment the house was then dedicated to St. Jeanne Antide, the Sisters started a Kindergarten, an Elementary School, Lower Secondary School and School of music.

During the previous year, namely in 1936, another community began to work in the local civil Hospital in favour of the sick and their presence there, extended itself for many years.

During these last years the sisters were exclusively involved in the kindergarten school with the small children. Unfortunately, at the end of the scholastic year in June 2019, due to the reorganization of the province Italy-Malta, this school will be closed down.

“In the history of the Congregation, Tagliacozzo is a point of no spiritual return”, commented the Superior General Sr. Nunzia De Gori, as she greeted the Bishop, the celebrants, the authorities and all those who participated in the Eucharist. Tagliacozzo has been a boundary city that was historically contested. In order to go to Rome, from Naples one was obliged to pass through Tagliacozzo. This passage, this walk expresses still today “the traversing” of the sisters of Charity not only towards Italy but even to the whole world. The Sisters of charity in Tagliacozzo didn’t give a lot, but above all they received”.

“Many Sisters’ names and many memories must be recalled. All of us who have been involved by many testimonials, seek to cherish them jealously and proudly in our hearts as a precious spiritual heritage of our city and we lay them as a foundation for the future of Tagliacozzo”. These were the greeting words of Vincenzo Giovagnorio, mayor of Tagliacozzo and ex-pupil of Saint Jeanne Antide school!

And the Bishop of Marsi, Mgr. Pietro Santoro, whose special homily deserves meditation, addressed   all the Sisters of Charity at the end of the Eucharistic celebration while telling them : “Thank you not for what you do, but for what you are”! 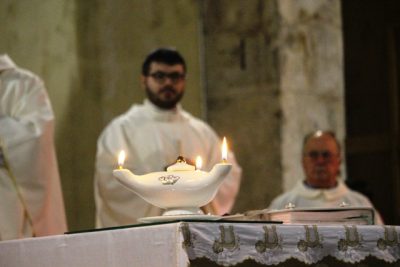 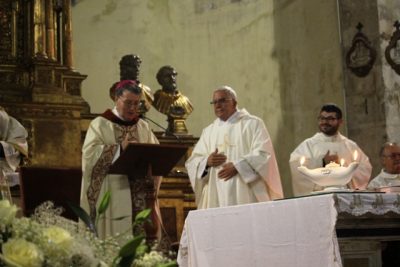 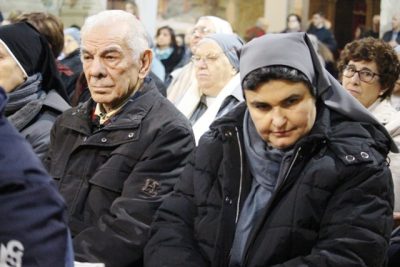 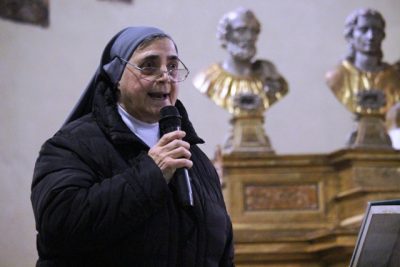 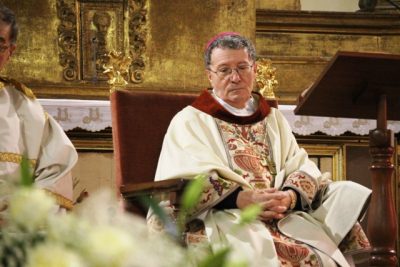 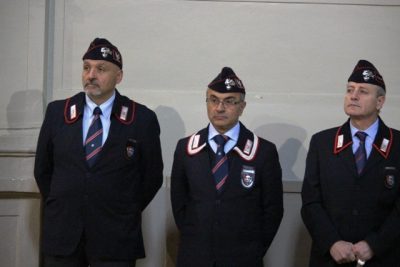 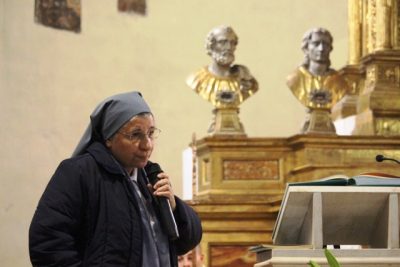 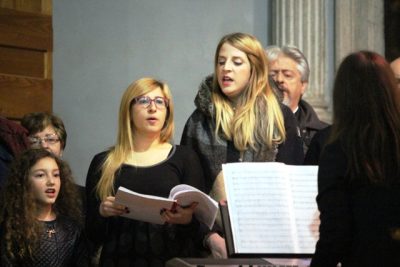 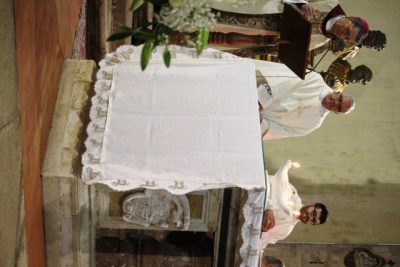 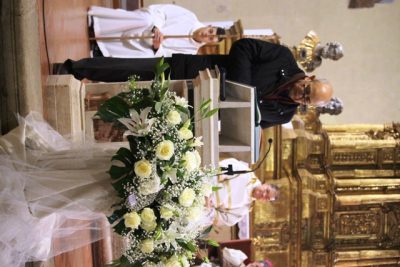 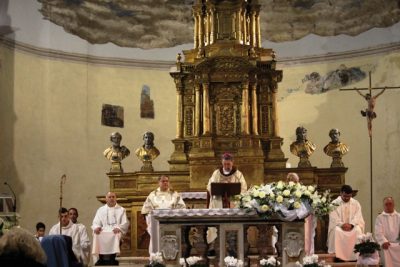 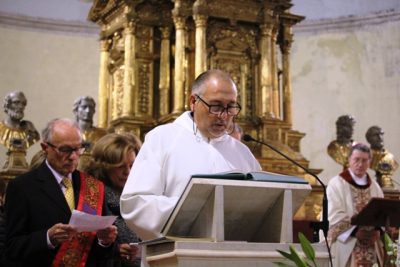 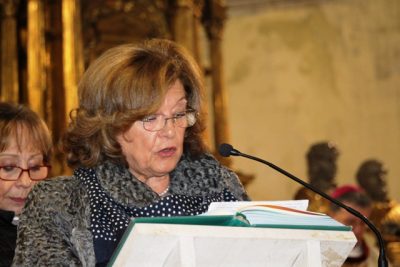 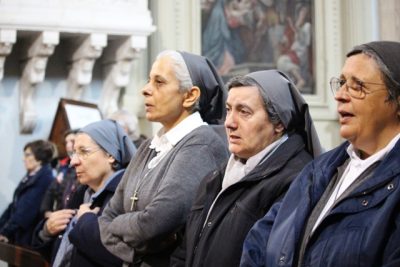 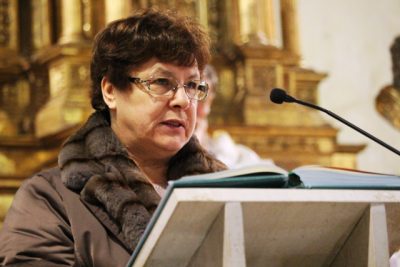 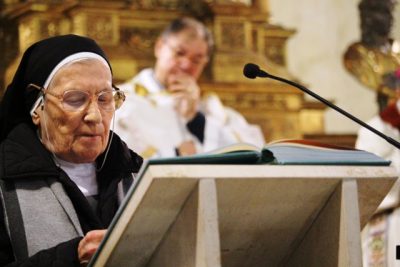 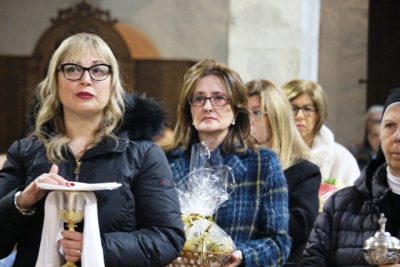 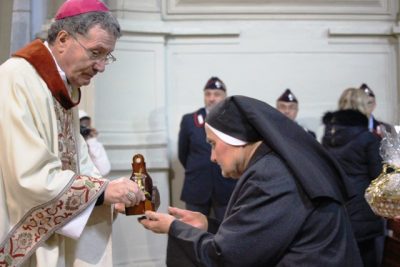 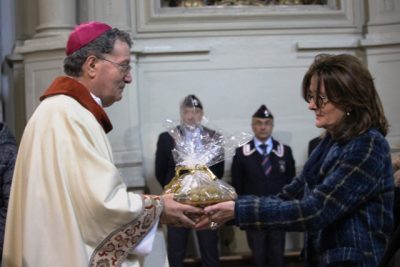 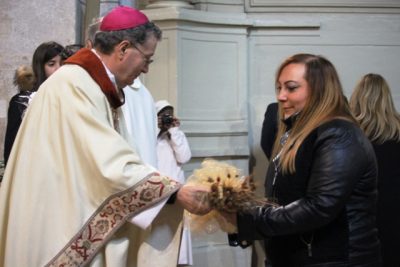 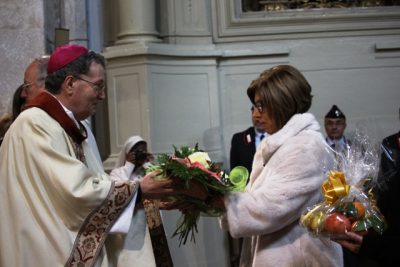 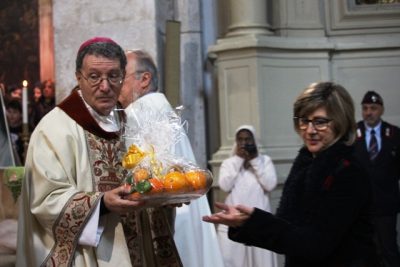 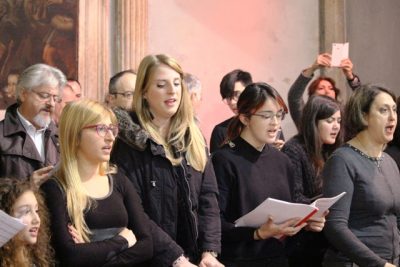 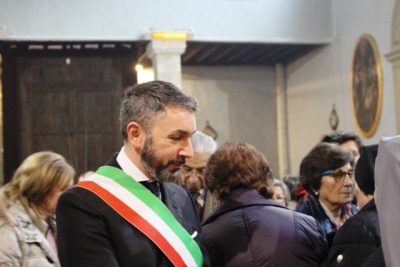 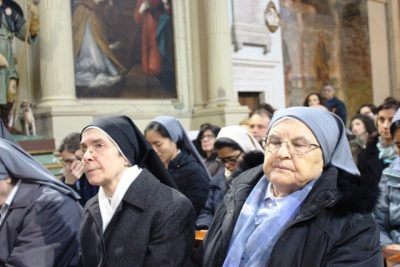 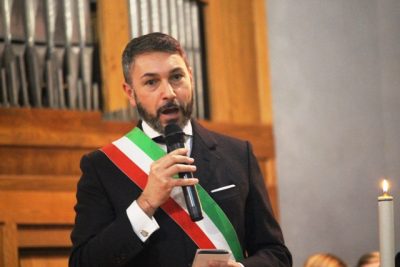 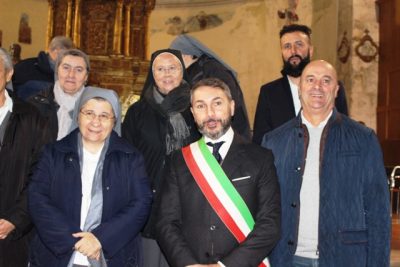 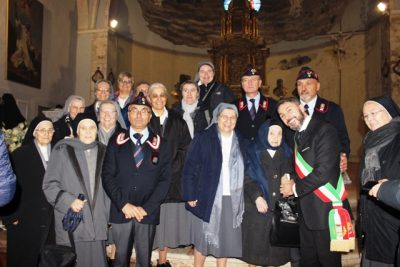