The difficulties at the beginning

In France, the law of 1901 serves as basis to a policy of anticlerical and becomes a law of exclusion especially for the teaching staff of religious congregations.

Thus, the congregation of the sisters of Charity is obliged to seek some places outside the French boundaries, to welcome the sisters who have been sent away from their service. They will find new domains for their apostolate far away from France.

The Middle East opens up in front of the them !

On the 24th  December 1903 : two sisters of Charity, Sr.Marie Laurentie Biétry and Sr. Raphael Pierrot, leave Besançon  go aboard to Marseille on the « Congo » to arrive in Lebanon,  via Naples, Alexandria and Jaffa. They leave in view of opening a boarding school-orphanage in Damour as requested by a Lebanese priest, Father Tobias. Being  of Latin rite, the two sisters depend on   the Apostolic Delegate for the Propagation of the faith whose head office is in Rome; but Lebanon is organised within a Maronite Patriarchy. Therefore even the foundation of an institution in a missionary territory has to obey to a rigid and complex  procedure. Besides, the religious Institutes in Lebanon are already numerous and properly installed especially in the region of the capital city Beirut.

This first foundation is prohibited.

After four months of processing, waiting and searching, a providential encounter is finally held in Beirut with a certain Mr. Vié,  native of Hte Saône (France)  who promises to help the French-Comté sisters !… He intercedes for them before the Apostolic Delegate, Mgr Duval, who grants them his authorisation…

On the  5th April 1904, a Lazarist Father leads 2 sisters in the village of  Beskinta and they settle down there.

This mountainous region of Metn, belongs to Mount Lebanon chain. It’s a green region, surrounded by pine trees and millenary cedars. The plantation of fruit trees and the breeding of blackberry trees for the produce of silk constitute the country’s chief activities

The   population are very welcoming with the sisters. The parish offers them a house where they lodge until the month of July 1905, while they wait for their newly built house on a site given to them by Father Abou Nader. In the meantime the situation remains precarious. The life conditions are difficult : the means of transport are rare in this region and the winter of 1904-1905 is  particularly rigid.

On 30th  May 1904,  the establishment of Beskinta begins its activities with five Sisters : boarding school, external schools – both free and payable ones, a pharmacy and a dispensary.

The official authorisation will arrive from Rome on the 21st June 1904.

Across the years, the mission becomes diversified and extends in order to meet the needs according to the events: in the city as well as in mountain villages or in the popular suburban areas. Our service is developing in different sectors: educational, pastoral, social, health.

Today we are running five schools with teams of lay collaborators :

2) Beyrouth: school «Ste Anne» opened in 1914.  It welcomes girls where the majority are muslims, a kindergarten school up to higher classes and a child-care-centre.

3) Baabdath: a mixed school «Infant Jesus» opened in 1906, from kindergarten to secondary classes.

4) Kfour: school «St. Jeanne Antide» opened in 1977 to help the refugees and then became a mixed and complementary school, and it is the place of the house of our elder sisters.

– In Nabaa, in a popular district on the outskirts of Beirut, the mission of the Cté is essentially catechetical, social and pastoral.

– In Kefraya, in the Bekaa and in Roum, in South Lebanon, evangelization remains at the heart of our mission even if Christians have become a minority. With the support of the Order of Malta, the Cté runs the Care Centre and the day club for the elderly. From the Kefraya Centre, a mobile clinic provides free care to the sick in the Syrian refugee camps.

In 2000, the Near East Region was established as a Province. 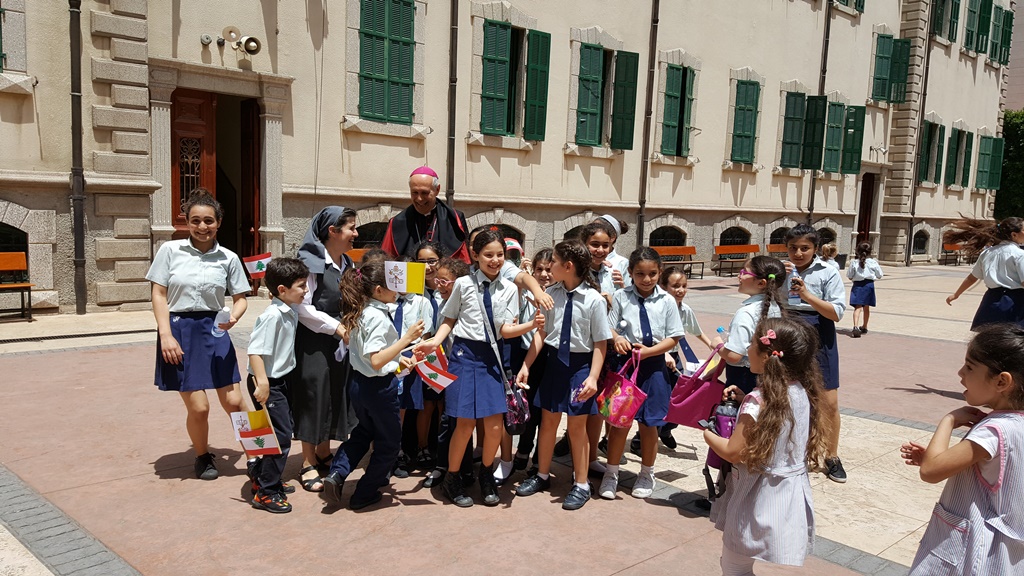 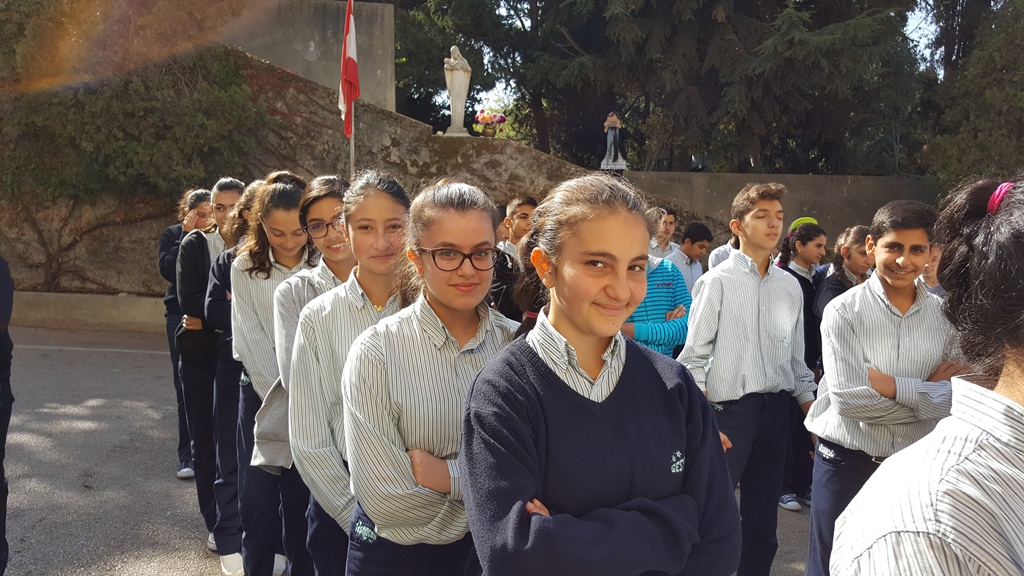 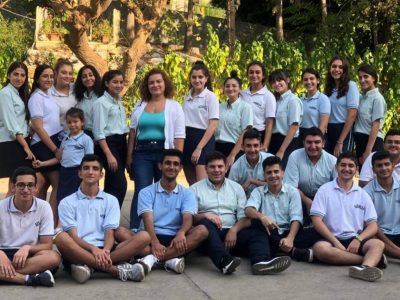 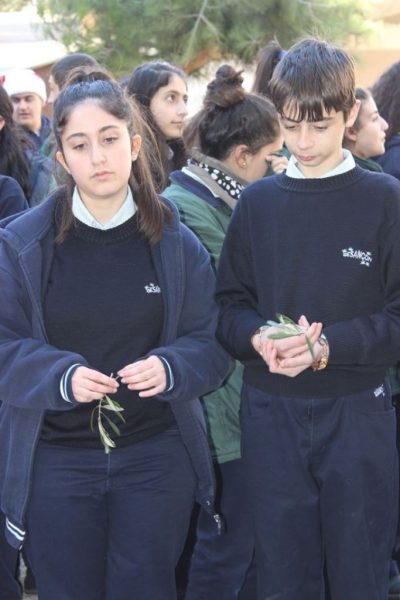 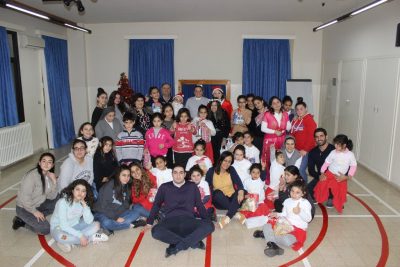