1821 – 2021 : anniversary of the presence of the Sisters of Charity in Saint Paul en Chablais.

On Sunday, October 3, the commune of Saint Paul en Chablais (in France, in the Haute Savoie region) celebrated the 200th anniversary of the presence of the sisters.
This day of celebration, organized by the Friends of Saint Jeanne-Antide, the sisters, and the elected officials of the commune, took place in the presence of Bishop Boivineau, bishop of Annecy, and 35 sisters coming from Concise, La Roche sur Foron, Martigny and Besançon.

200 years of reassuring presence:
During the mass concelebrated in the church of Saint Paul, packed for the occasion, the bishop recalled the magnificent social and educational work of the sisters of Charity.
At the end of the celebration, all the participants went to the village hall “la Gavotine”, welcomed with music by the “Echo de Gavot”, the person in charge of the Friends of St. Jeanne-Antide, Georges Michoud, and by the mayor Mr. Bruno Gillet.
Georges Michoud began by presenting the program of the afternoon, with the meal for 250 guests, prepared by a caterer, and served by the youth of the chaplaincy. The meal was enlivened by testimonies, Vietnamese songs and a reminder of the life of Sister Victoire Bartholemot, the first sister sent to St. Paul’s with Sister Agnes Bouvard, in October 1821.
The mayor took the floor to recall the journey and the importance of the presence of the sisters for 200 years. “The first two sisters arrived in the commune in 1821 by carriage. They immediately opened a school for young girls, a revolution at the time,” explained the mayor.
In 1823, they were authorized to open a basic herbal pharmacy, and also to provide home care,” he said. “In the middle of the 19th century, the house had 80 residents, which represented 10% of the population. During the two wars, the sisters were a precious and moral support for the population and the combatants.
In fact, the nuns are highly respected and affectionately appreciated by the population, which refuses them nothing,” concludes Bruno Gillet.
This bicentenary was a memorable day. The sisters and all the participants experienced an exceptional day of fraternity and joy.


Thanks to the intervention of Sr. Nicole Marie Roland, Saint Jeanne-Antide and Sr. Victoire Batholemot, the first sister to arrive in Saint Paul, who became provincial superior at the request of the foundress, were able to become better known by the friendly population of Saint Paul. 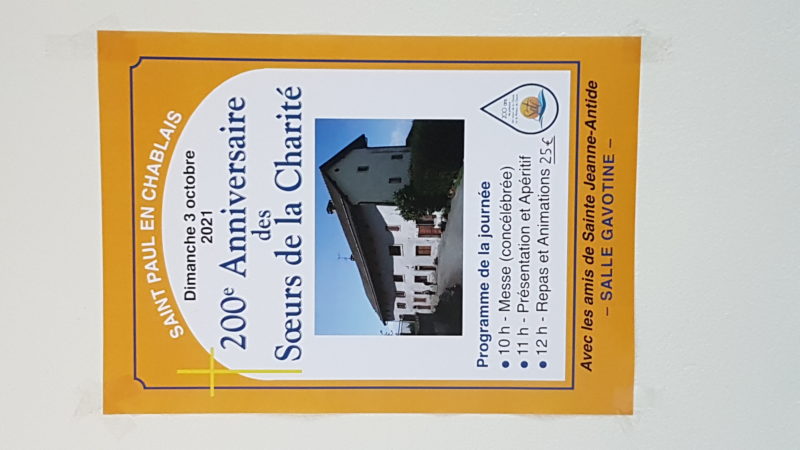 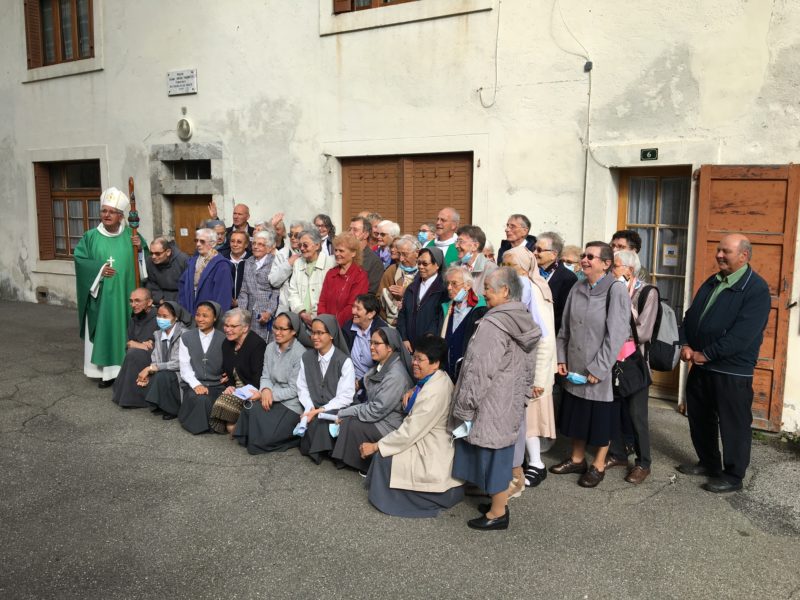 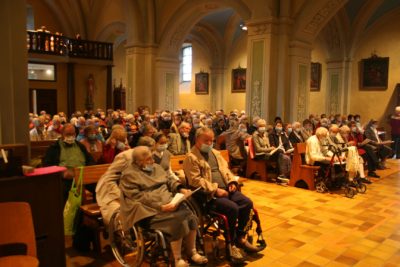 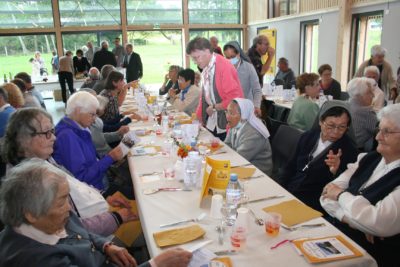 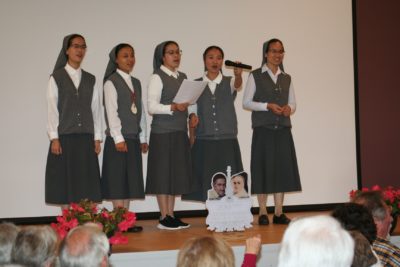