An invitation for those fond of History

Visit to the National Museum of the Egyptian Civilisation (NMEC)

Who missed the Pharaohs’ golden parade through the streets of the Egyptian capital city on 3/4/2021? Saturday evening, Kings and Queens of the ancient Egypt were taken on the streets of Cairo, during a fairy-tale show. Twenty-two vehicles transported the mummies from the Egyptian Museum at El Tahrir square, at the heart of the City, where they have lain for more than a century, to their new home at the National Museum of the Egyptian Civilisation (NMEC), at El-Fustat, within the area of Old Cairo (not to be confused with the PROJECT of the Grand Egyptian Museum (GEM) close to the pyramids of Giza).

Due to the Covid-19 pandemic the opening of the Grand Egyptian Museum (GEM) planned for Autumn 2020 was postponed at the request of President Abdelfatah al-Sissi. The GEM, situated on the Giza plateau, 2 km North of the famous pyramids, with its 490.000 m2 shall be the largest museum in the country and the new residence of the golden Pharaoh, the well-known Boy-King Tutankhamun and his royal treasure. It is one of the biggest projects about the archaeology of civilisation in the world, and the largest museum dedicated to a single civilisation.

«Egyptian and proud», is the motto repeated in all Egyptian homes after the grand inauguration of NMEC. This feeling of pride and sense of belonging made the teachers at St Jeanne Antide’s ask to organize a visit to the museum. The request was welcomed and approved by the Principal, thus, soon reservations were made, and everybody readily boarded the coach towards Cairo! The NMEC was built on the archaeological site of El Fustat, in the most ancient part of Cairo, overlooking the lake of Ain El-Seera. The area, which had been abandoned for years, has undergone major development work to become a tourist attraction. The museum was designed by the Egyptian architect El Ghazzali Kosseiba, and the interior by the Japanese Arata Isozaki. A huge material and immaterial patrimony is part of its collections: everything related to the Egyptian civilisation from its genesis in prehistoric times to contemporary times, including the pharaohs’ period as well as the Greek-Roman period, and the Copt as well as the Islamic influence. The permanent display is articulated in six galleries with various themes: the dawn of civilisation, the Nile, writings, State and society, culture, beliefs & thoughts and the royal mummies. There are also important galleries destined to temporary displays, an auditorium and a centre of research. Various events shall also take place at the museum, such as projections of films, conferences, courses and cultural activities destined to local, national and international public. As it is dedicated to the young people of the country there will be also debates and workshops to exchange ideas.

Our teachers went around admiring all the pieces in display, and reading all the explanations written on the boards next to them. From time to time they also took pictures or exchanged comments. They were all full of admiration for the quality of the Egyptian pottery, the intact colours of the solar boats and their incredible details. It is good to be tourists when the occasion comes. If you are planning a tour, we recommend you to come here! In Egypt there is more than the GEM and the NMEC, the whole country is like an open-air museum! We invite all those who are fond of history and civilisation, or passionate about the pharaonic era and its mysteries, to come here and visit Cairo, Giza, Luxor, Aswan and also Abu Simbel! You shall certainly appreciate the incredible patrimony of humanity kept in EGYPT! 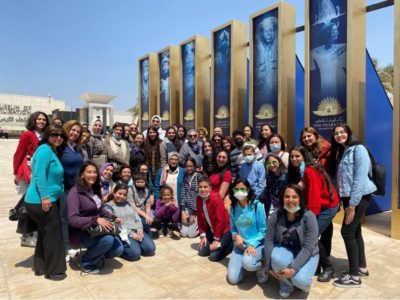 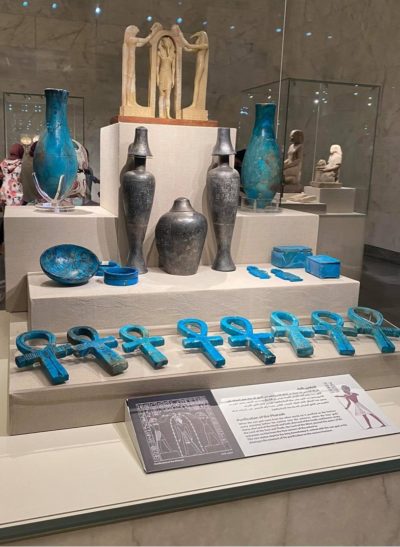 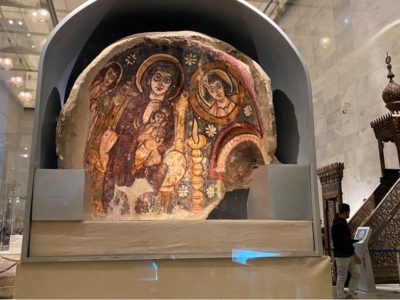 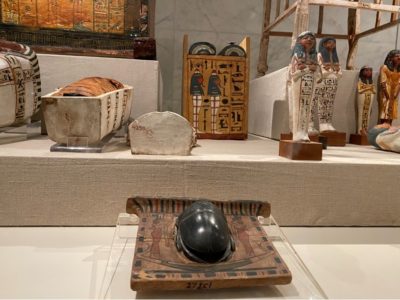