South Soudan – Vocation Ministry. One day, Denis, a young committed Christian, who was visiting Rajaf, invited us to go to his diocese of Tombura-Yambio, to speak about vocation. He put us in touch with his Bishop who sent us a letter with his blessing for this initiative. Thus, on 20th April 2021, sr Rosa and I boarded a plane and went there. A priest welcomed us at the arrival and took us to meet the Bishop, Mgr Edward Hiiboro Kussala, who, together with other priests, had organized a special welcome for us. Various meetings with the Christian community had been organized, involving parents, orphans, young people and elderly, … During these encounters by listening to the people we got acquainted with them, and understood the difficulties they face in the education of children, as well as the lack of feminine religious vocations in the territory of the diocese. Everybody seemed interested in knowing our Congregation and expressed the wish of encouraging their girls to embrace religious life. They thanked us for going to visit them. We attended the feast of the parish which is dedicated to St George. The Bishop was received like Jesus in Jerusalem, with the people laying rugs on his way to the Church, as a sign of peace and blessing. In our meeting with young people we spoke about vocation in general. Many of them expressed the wish of getting to know better our Congregation, yet as the distance does not allow it, the parish priest promised to follow them in a journey of discernment.
Before returning we visited the city of Anzara, well known for its fruits, and where they say that 90% of the population is Catholic. There, we attended the ordination of two priests and four deacons. The heavy rain did not discourage the crowd gathered for the celebration. Many had come from far on foot or by motorbike to participate and animate the celebration with traditional dances and hymns.
In fact, the diocese of Tombura-Yambio has many vocations to priesthood, what still needs to be developed is a vocation ministry to promote feminine religious life. As in this area of South Sudan which is close to the Congo’s border there are only three religious communities, the Bishop encouraged us to organize vocation camps to awake the girls’ desire for consecrated life. 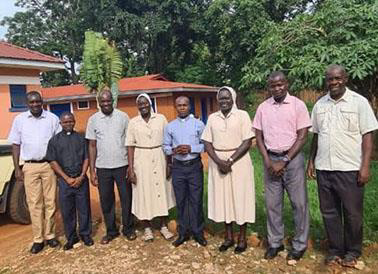 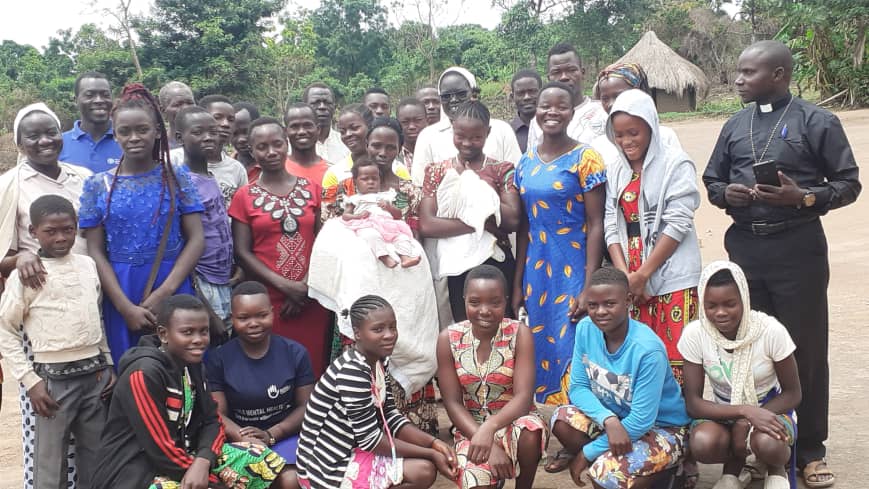 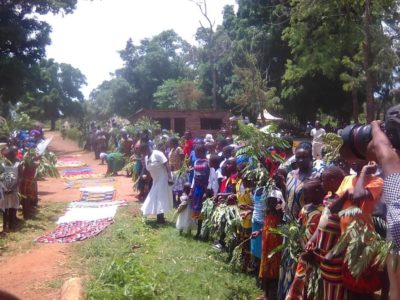 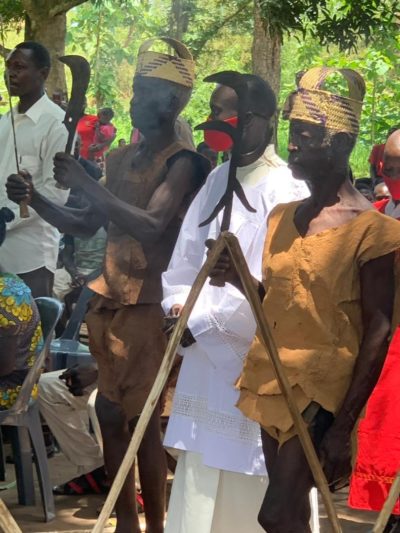