This nation has been asking the Congregation for many years for our presence. The time for the response came in 1996 and the first three Sisters arrived in the city of Cristallina.
The service was in a neighborhood of the parish, a place where the Christian community was gradually formed and a center of encounter and prayer. This community closed in 1999.
And in the summer of the same year the sisters responded with a new presence in the extensive Diocese of Goiás, precisely in the cities of Itapuranga and Jussara. The Sisters are committed to health care, prison ministry, catechesis, biblical formation, and the formation and promotion of women and children, with special attention to life-threatening situations.
The community of Itapuranga was closed in July 2007.

A Jussara remains the community with a presence of three sisters, in close collaboration with the laity of the parish, whose services are: 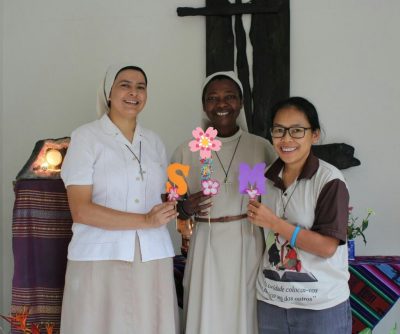