“Together … for a new reality”

“… Aware of the existence of groups of lay friends, born and developed in different countries, it seemed to us that the time was ripe to take a decisive step forward on an organizational level …” 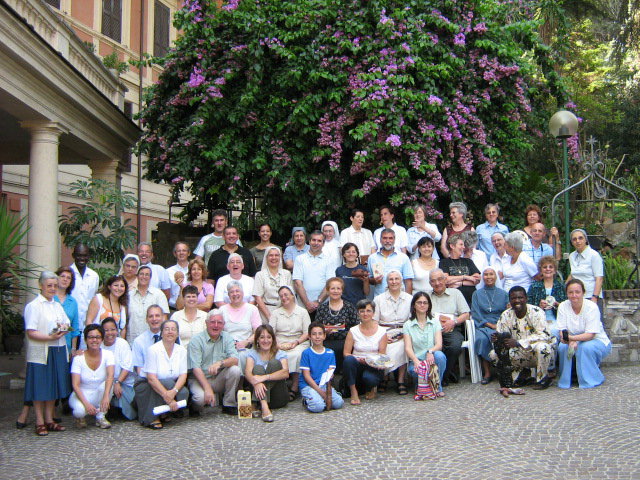 Together … for a new reality”: after a presentation by the various groups to get to know the various realities, the profile of the lay friend of Saint Giovanna Antida began to be outlined, reflecting on what it means to be a Friend, what is the Christian vocation today and in the light of the charism.

Then the assembly decided about the definition of common lines in anticipation of the birth of an International Movement.

Finally, an international Coordination was set up consisting of 5 lay members, Italian and French, led by Sister Marie Jacqueline Munier, with the task of drafting, with the contribution of all the Friends in the world, a Founding Text which sets common ground and indicates a single direction: it recalls who we are, what we believe in, what our goals and objectives are.

This text has become the common card in which Friends around the world recognize themselves.

AJA Who we are