The Sisters of Charity of St. J.A. Thouret began the mission in Northern Thailand on March 25, 1981. Two French sisters, Sr. Pierre Marie and Sr. Rosalie, collaborated with the NGO COERR in the camp for Hmong refugees from Laos. In 1994 the camp closed.
One sister remained to give English and French classes at the Mater Dei school (Ursuline sisters).
In 1998 the sister worked at the I.D.C. center.
In November 2001, Sr. Anna-Rita Micelli and Sr. Giusy Allia arrived in Bangkok and stayed there for a year and a half to study the Thai language.
In November 2002, Sr. M. Genevieve One joined them.
After Easter 2003, the three sisters arrived in Chae Hom and stayed there for 6 months. On December 7, they moved to Wang Mai and began their pastoral mission in this village and the area.
We collaborate with the Fidei Donum priests from Padua. The priests entrust us with the villages in the area of Chae Hom – Wang Neua for pastoral work.
In January 2006 the “Nemesia House” was opened for girls from 13 to 16 years old with the aim of giving them an academic, human, moral and professional formation.
On January 6, 2010, Sr. Anna Rita opened the home to day care for children and adolescents with disabilities.

LAt present there are ten young people with disabilities. Three monitors, a driver and two Laotian sisters are in charge of the reception. The financing of the home is largely provided by sponsors, benefactors and the Thouret Foundation. 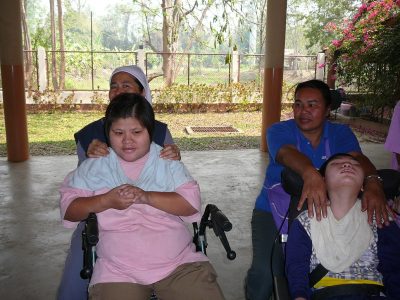 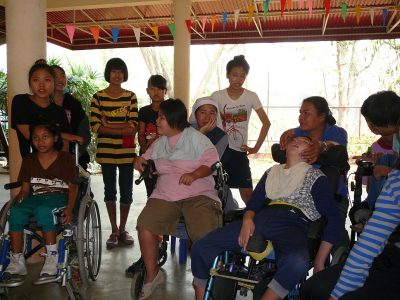 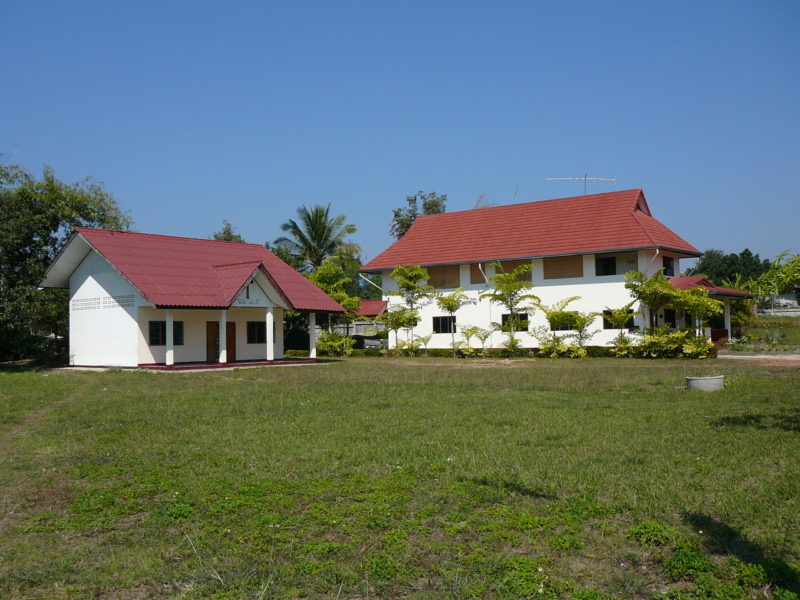 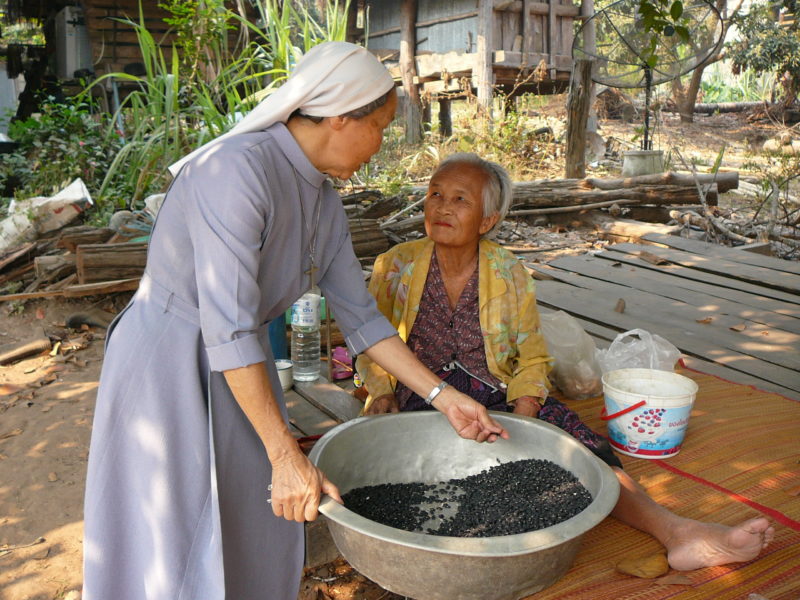 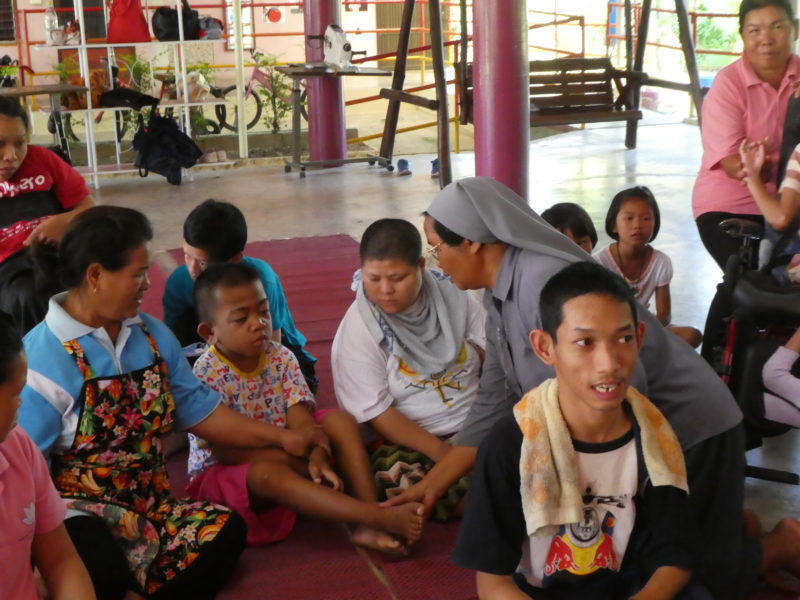 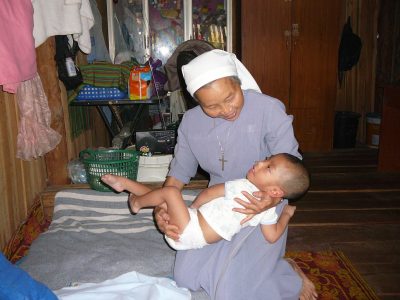