Sister Enrichetta is a figure who calls the attention not only of the Sisters of Charity but of every woman and of every Christian who is engaged in the society and in politics. She was capable to unite her life as woman and religious in an intelligent manner. She knew how to undertake initiatives while assuming responsibilities at a spiritual and civil level and to dialogue with different persons.

Sister Enrichetta was gifted with a rich personality made of human and Christian qualities: 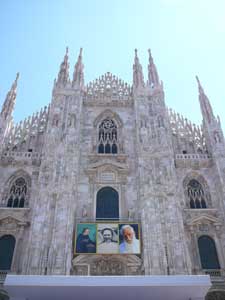 In Milan: on the day of the beatification of Sr. Enrichetta 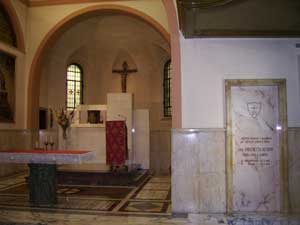 Mass In the chapel of the house of  St Joseph

Prayer and the sacraments, according to testimonials made by close acquaintances, accompanied all her life.

Her choice of religious life was assumed after a long reflection since her father obliged her to wait for some years before carrying out her plan which for her consisted in « doing God’s will ».

Two unique but fundamental aspects are frequently found in her writings : the Cross from which salvation and the Eucharist emanate, nourishment for the life of communion with the Lord.

Union with Jesus Christ, the imitation of the Good Master, the devotion to the Virgin Mary and her attraction to holiness are important aspects of her spiritual life.

She fixes her glance on eternity and on the gift that she hence expects : this hope is communicated to the inmates so that the desire and their personal human and Christian redemption might grow.

Continuous prayer constitutes the horizon of Sr. Enrichetta’s normal life and puts the roots of her intensive apostolic life.

Her love for Jesus becomes her passion to draw souls to Him ; she then confirms that : « it’s not possible to be apostolic without being holy». 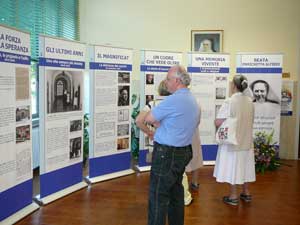 Visit to the exhibition, in the community of St. Joseph’s house 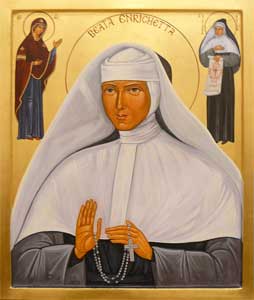