The Superior General, Sr. Maria Rosa Muscarella accompanied in her visit to the Latin American province by Sr. Wandamaria Clerici and Sr. Mirta Paredes and at the end of the general assembly, announced the new Provincial Council which comprises four countries (Argentina, Paraguay, Bolivia, Brazil):

For them, we ask the grace to live this precious service with humility, with courage and with the joy of belonging to the Lord, as Joan Antida used to say. 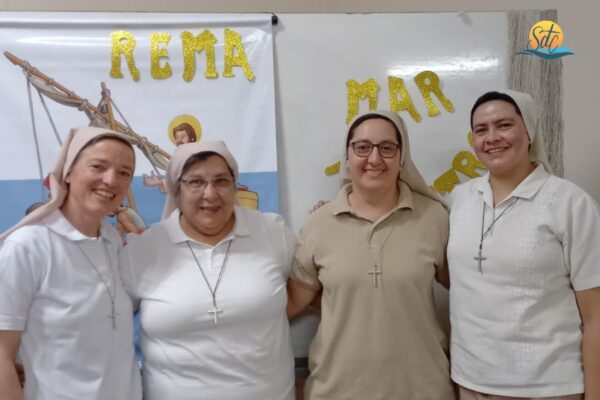